Introducing the latest topics of Kanagawa and the prefectural government. 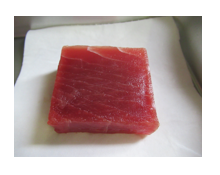 Tuna is a familiar food fish to Japanese people.  Misaki Fishing Port in Kanagawa Prefecture is one of the best in the volume of tuna landings in the country.  Now, the good news is that tuna may have anti-aging and lifestyle illness prevention effects! 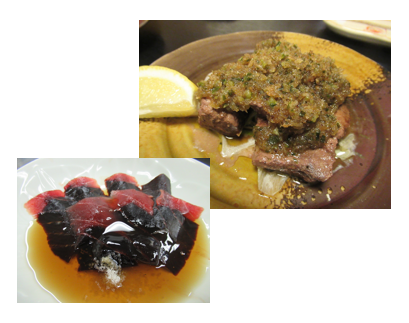 Tuna contains a lot of selenoneine, a compound that has a highly antioxidant function, which is expected to be effective in preventing lifestyle-related diseases, slowing down aging process and improving ME-BYO, or people’s constantly changing health condition.  If it is proved that eating tuna does good to improvement of ME-BYO, it will lead to expanded consumption of tuna and its processed food, and development of new tuna products.

To verify the effectiveness of selenoneine in improving ME-BYO by eating tuna on a continual basis, a joint study project was launched by Kanagawa Prefectural Government, which manages Misaki Fishing Port and engages in promotion of the prefecture’s fisheries including product development, Japan Fisheries Research and Education Agency (FRA), a national agency, that identified selenoneine, and St. Marianna University School of Medicine, which conducts study on promoting ME-BYO treatment. 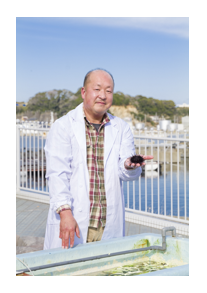 The three organizations will work together in cooperation.  Kanagawa’s Fisheries Technology Center is responsible for overall management of the study, evaluation of tuna’s antioxidant effect in the human diet and development of highly antioxidant products.  FRA conducts accurate analysis of selenoneine.  St. Marianna University examines the age retardant effect of taking selenoneine.

From September, test participants will be invited and a clinical trial will start.  In May 2022, a clinical trial using improved ingredients will begin.  The reports on the test results will be compiled in March 2023.  We hope to be able to announce positive effects of eating tuna in a scientific essay in the following autumn.

Hot Meals even at a Disaster!  Agreement Signed for Dispatching Food Trucks

Kanagawa Prefectural Government (K.P.G.) concluded an agreement with Event Food Pro 115 Ltd. on dispatch of food trucks and provision of food and beverage at the time of disaster. 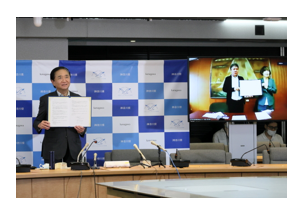 Event Food Pro 115 Ltd. is a company organization that manages food truck operators on contract, including individuals and companies with over 200 trucks, providing services in many parts of Kanagawa.  Since the company has a cooperative relations with other organizations operating about a total of 600 food trucks nationwide, it can make requests for dispatching ones even from other prefectures.

In the agreement, if a large scale disaster occurs such as an earthquake, typhoon, heavy rain, etc. and K.P.G. makes a request, Event Food Pro 115 will make arrangements for sending food trucks.  The trucks will provide meals to evacuees at shelters set up in the prefecture.  Owing to the kind offer of the company, the food and beverages are provided free of charge.

The flow from disaster occurrence to provision of meals is as follows.  As for the scale of the disaster and the shelter to send the trucks to will be decided on a case-by-case basis.

The signing ceremony was held online on September 3, 2021.

When hit by a disaster and having to stay at an unfamiliar environment of the shelter, you must feel uneasy.  Hot meals served when you are exhausted in mind and body will be a healing during the evacuation life.