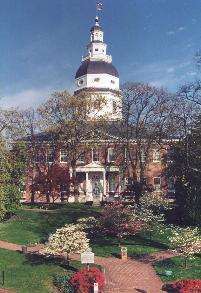 Maryland is located on the East Coast of the U.S., adjoining Washington, D.C. It is blessed with abundant nature such as white beaches along the Atlantic Ocean and the mountain ranges in the western part.
It has one of the largest international ports in America, Port of Baltimore, and boasts leading-edge technology industries including biotechnology. There are many public and private R&D institutions within the state. Maryland is called a "miniature of America" because it has diversified industries, topography, climates and lifestyles.
1. State capital: Annapolis
2. Population: 5,509,000 people (2003)
3. Area size: 25,477 km2
4. Climate: Temperate climate
Temperature: 19.3 to 30.6oC in July, -4.7 to 4.6oC in January
Average annual precipitation: About 1,143mm
5. Sister agreement: April 23, 1981
6. URL: http://www.maryland.gov 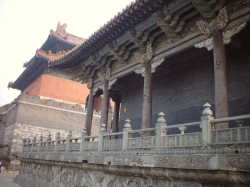 Liaoning Province is located in the northeastern part of China, facing the Yellow Sea and the Bohai Sea to the south. It has a long history and wonderful nature, and is blessed with abundant natural resources.
The Province is one of the most industrialized regions in China with the Iron City of Anshan, the Coal City of Fushun, and a good seaport of Dalian. Liaoning also puts emphasis on agriculture and fisheries as the important industries. In Qing dynasty the imperial palace was placed in the present provincial capital of Shenyang, and there still remain old historic sites such as Gugong (imperial palace), Northern and Eastern Mausoleums in the city. 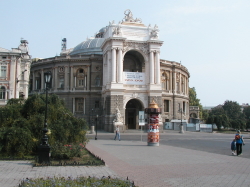 Odessa Region is situated in the southwestern part of Ukraine. The capital city of Odessa faces the Black Sea, and is a port town called the "Pearl of the Black Sea." It has flourished as a city of international trade since olden times. Odessa is an industrialized region, in particular, machine manufacturing, food and light industries are thriving. In the field of agriculture, livestock industry of cattle and swine is active.
Odessa was used as the location scene of "Battleship Potemkin," the famous silent film directed by Sergei Eisenstein, and many tourists visit the so-called Potemkin Steps near the Port of Odessa.

State of Baden-Wurttemberg is one of the 16 states of the Federal Republic of Germany. The region lies in the southwest of the country, sharing national borders with France to the west, and Switzerland and Austria to the south. Baden-Wurttemberg is blessed with tourist attractions, including Bodensee, the largest lake in Germany, the Black Forest, and Baden-Baden, the famous spa resort. Many historical sites also remain in the region, such as Hohen zollern, an ancient castle, and the time-honored streets from the medieval times.
Baden-Wurttemberg has robust industries, as exemplified by the world-class automobile companies, etc. There are also numbers of small and medium-sized companies that are active in the region.
1. State capital: Stuttgart
2. Population: 1,074,000 people (2005)
3. Area size: 35,752 km2
4. Climate: Temperate climate with four seasons
Annual average temperature: 10.6oC
5. Partnership agreement: November 24, 1989
6. URL: http://www.baden-wuerttemberg.de/ 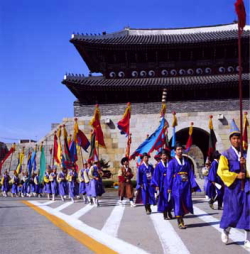 Gyeonggi Province is located in the northwestern part of the Republic of Korea, surrounding the capital Seoul in a doughnut shape. Gyeonggi, along with Seoul, is playing a major role in terms of South Korea's politics, economy, culture and society. In particular, industries such as information and communications, automobiles, as well as chemical products are highly advanced.
The Province also has abundant tourist resources, including Suwon Hwaseong Fortress which was designated as a site on the World Heritage List, the Korean Folk Village which preserves and exhibits the Korean traditional cultures, and the theme park "Everland".
1. Provincial capital: Suwon City
2. Population: 10,627,000 people (2005)
3. Area size: 10,183 km2
4. Climate: Temperate climate with four distinctive seasons
Annual average temperature: 11 to 13oC
Annual precipitation: About 1,100mm
5. Friendly agreement: April 24, 1990
6. URL: http://www.kg21.net/kg21_home.jsp

City of the Gold Coast, Australia

City of the Gold Coast lies along the eastern coast of Australia, facing the South Pacific Ocean. The Gold Coast is one of the most famous beach resorts in the world, with beautiful coastlines stretching over 70km to the north from the state border between Queensland and New South Wales, and many tourists visit the City every year. Along the coast are high-rise hotels and exclusive restaurants, while magnificent nature spreads over the inland area, such as sub-tropical forests and pasture.
Tourism and marine industries are thriving in the Gold Coast, taking advantage of its geographical features. The City has been also putting emphasis on film and IT industries in recent years, while promoting urban development harmonious with affluent nature.
1. State: Queensland
State capital: Brisbane
2. Population: 620,000 people (2019)
3. Area size: 1,334 km2
4. Climate: Mild subtropical climate
Average temperature: 19 to 29oC in summer, 9 to 21oC in winter
Precipitation:287 sunny days a year
5. Friendship agreement: August 14, 1990 * The Friendship Agreement was concluded between the Gold Coast and KPG with the approval of the 13 municipalities along the Sagami Bay ( Yokosuka , Hiratsuka , Kamakura , Fujisawa , Odawara , Chigasaki , Zushi , Miura , Hayama , Oiso , Ninomiya , Manazuru and Yugawara ).
6. URL: http://www.goldcoastcity.com.au/

State of Penang is situated in the northwest of Malaysia. It consists of Penang Island and the peninsular part, called Seberang Prai. Penang developed as a trade center in the late 18 century, connecting Britain and Asia. It is now one of the most industrialized regions in Malaysia.
Penang has a typical tropical rainforest climate, and the annual average temperature is 26 to 27oC. The Island, called the "Pearl of the Orient," is one of the most popular resorts in Southeast Asia. Many tourists visit the Island attracted by its beautiful beaches. The number of mid-and long-term visitors is also increasing due to its comfortable climate and relatively low commodity prices.
1. State capital: Georgetown
2. Population: 1,500,000 people (2004)
3. Area size: 1,031 km2
4. Climate: Tropical rainy climate of high temperature and humidity
Wet season: April to November
Dry season: December to March
Temperature: 27 to 30oC (daytime), 22 to 24oC (nighttime)
Annual average precipitation: About 2,600 mm
5. Joint statement: October 3, 1991
6. URL: http://www.penang.gov.my/ 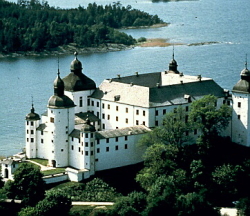 Vastra Gotaland is situated in the southwestern part of Sweden, and faces Denmark across the straits, Kattegat. Its climate is fairly mild compared with the other regions of Sweden.
The County capital Goteborg is the second largest city in the country after Stockholm, and has the busiest international port in Scandinavia, Port of Goteborg. Vastra Gotaland is one of the most industrialized counties in Sweden with the automobile as its major industry.

1. County capital: Goteborg
2. Population: 1,558,000 people (2008)
3. Area size: 25,388 km2
4. Climate: Temperate climate from the effect of the North Atlantic current
Average temperature: 18oC in summer, 1oC in winter (Goteborg City)
Annual precipitation: 500 to 700mm
5. Joint Statement: August 27, 1998 * The first joint statement between the Kanagawa Prefectural Government and the former County of Goteborg and Bohus was issued on October 21, 1993, before the county amalgamation. 6. URL: http://www.o.lst.se/o/
For comments/questions on this page, please contact the International Division.