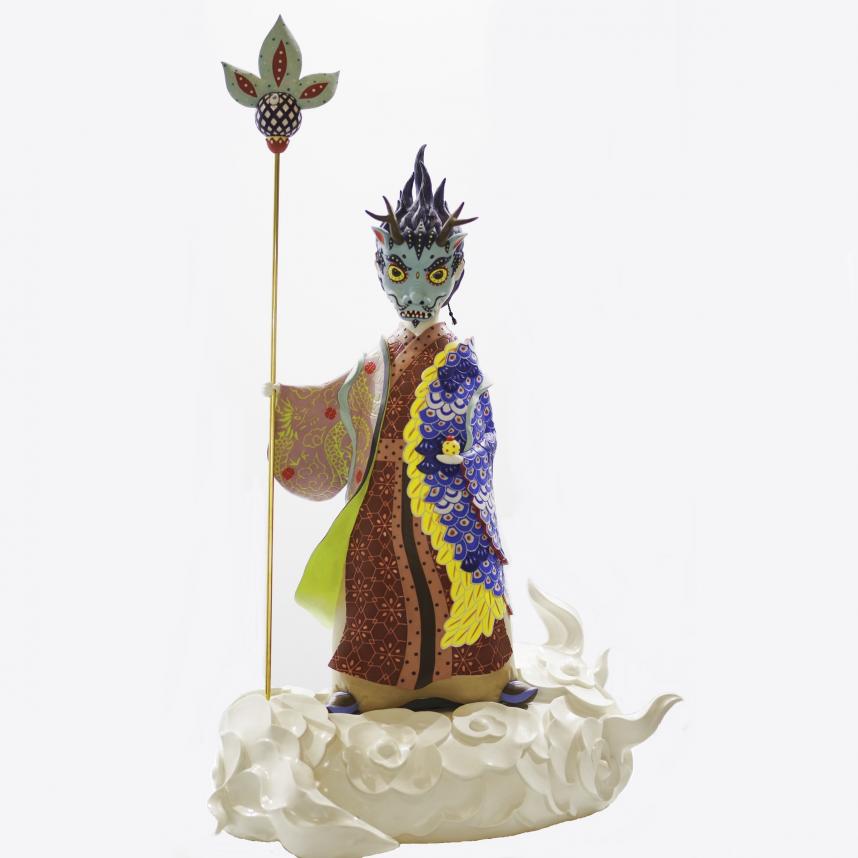 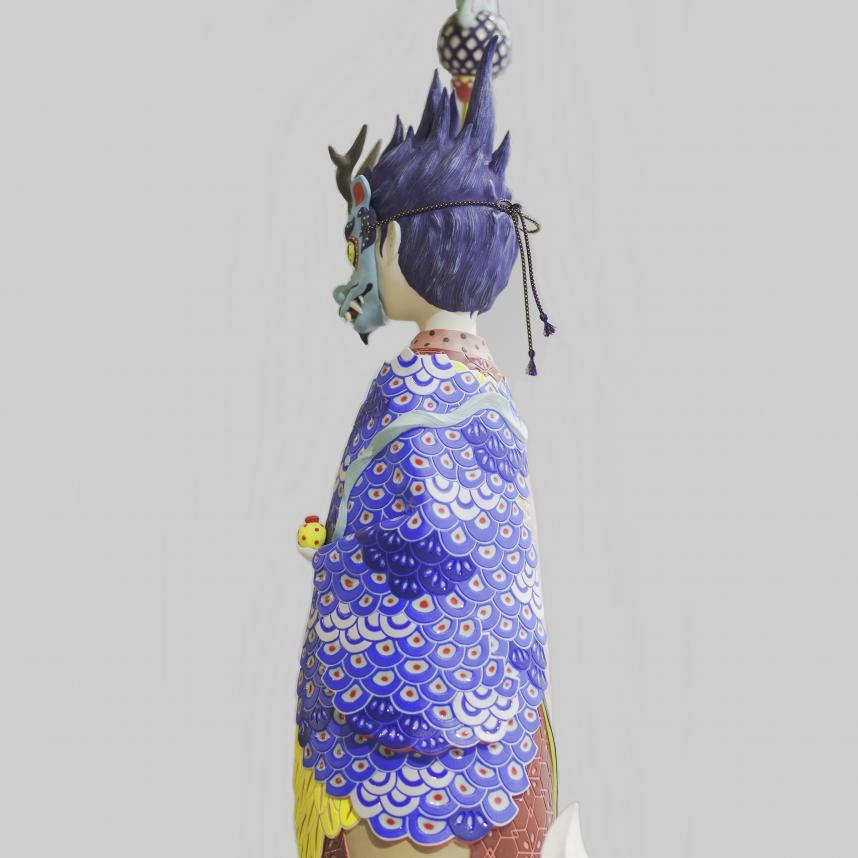 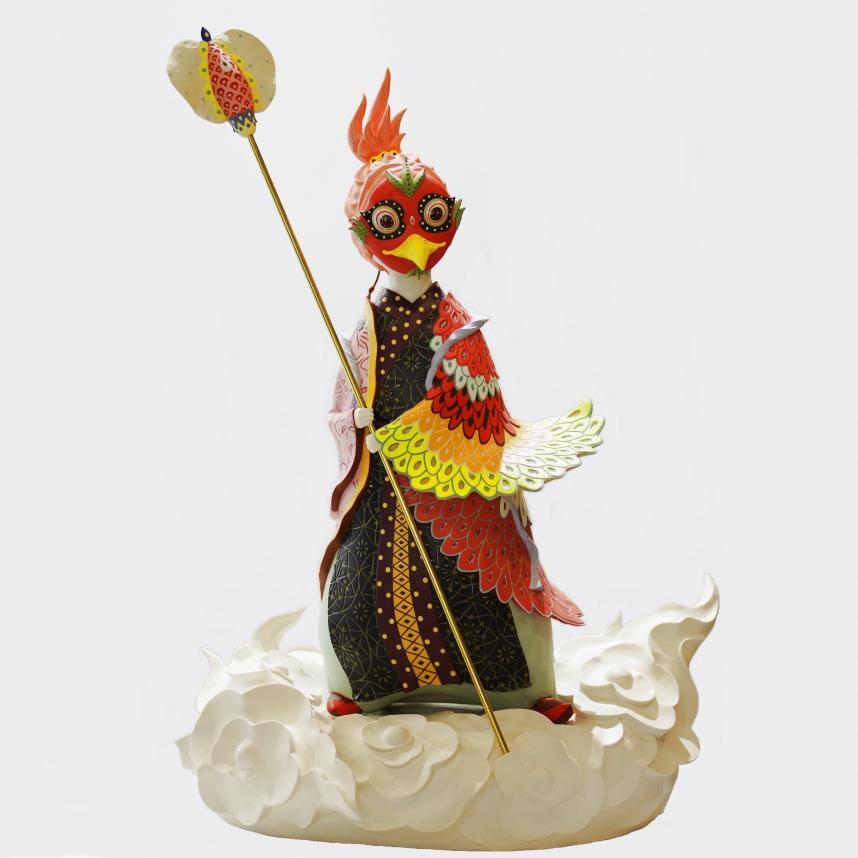 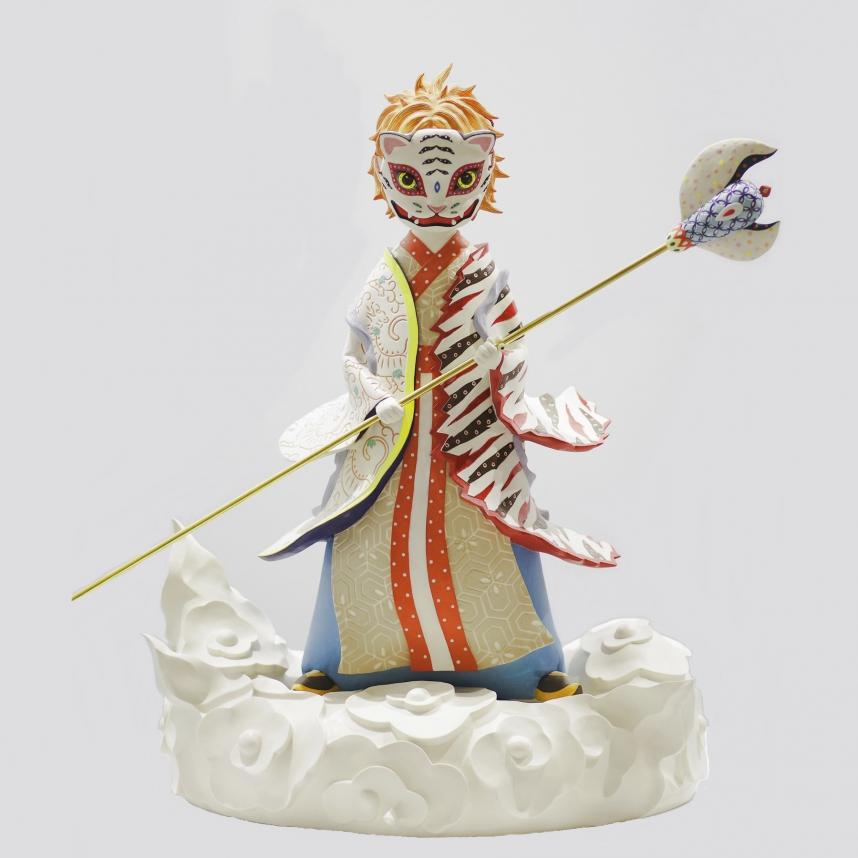 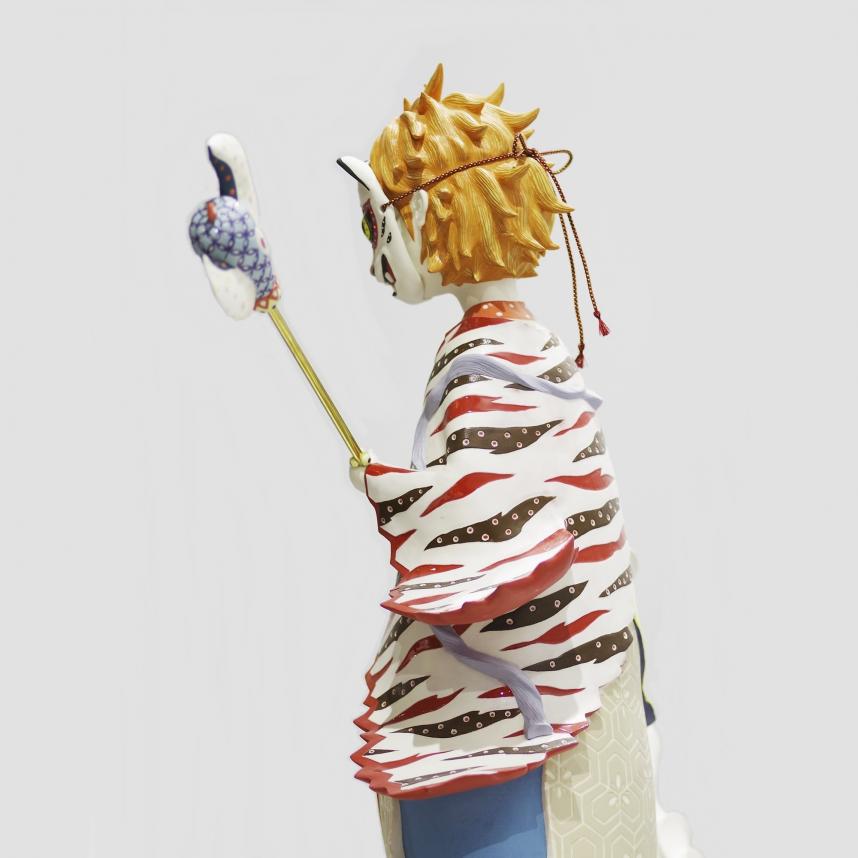 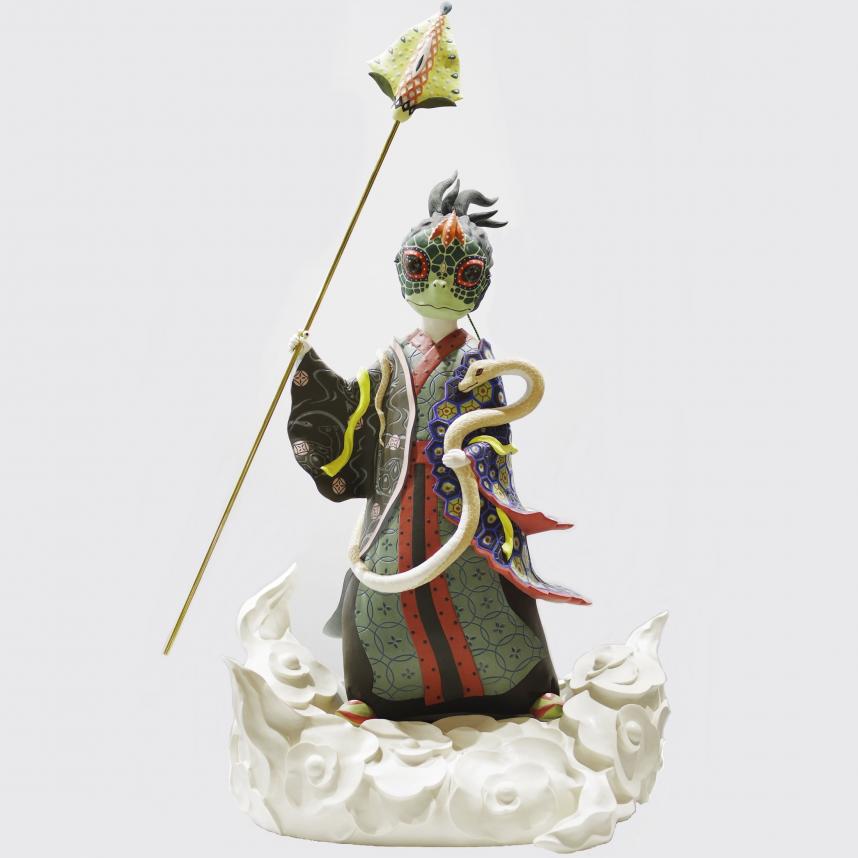 Neriage (or nerikomi: marbled ware) is a technique in which pigments are mixed with the clay itself to create a colored clay and then the clay is molded, rather than and not painting or glazing a plain fabric. It is a technique where molding and decoration are done simultaneously.

By the time I gave a lecture on ceramics in Chicago in 2007, the Japanese word "neriage" had already become so well known that Western artists used it in its alphabetic form to describe the technique. This meant that there were excellent potters in Japan who used this technique, and that these artists were also recognized overseas. In the modern era, Kanjiro Kawai, and in the contemporary era, Kosei Matsui, a living national treasure, are known for their distinguished neriage expression. In addition, up-and-coming young artists such as Sawako Kobayashi, who made her debut in the 21st century, have worked on new expressions of colored clay that differ from those of the masters of the past.

In addition to the neriage technique, Kobayashi also studied the "saiso" technique, in which multiple layers of colored clay are cut to create a three-dimensional pattern, and began to incorporate colored clay into her work freely.

For the motifs of her works, she actively chooses goldfish, birds, and other objects that make use of gorgeous colors, and has used multiple colors to create graceful goldfish tail fins and bird wings. She has also deformed the shapes of the pieces that need to be emphasized to make them more colorful and fun.

In recent years, she has been focusing on images of a kind of god as her main theme, and her clear and bold use of multiple colors powerfully produces the extraordinary nature of the figures. The fact that the works are all done in a rather matte tone seems to help make the use of multiple colors look quiet and elegant, not flashy. The same is true for Kobayashi's tea bowls and other vessels.

Kobayashi's creatures and vessels, which transcend reality through the power of colored clay and invite people into a somewhat unusual world, are not only lovely, but also have a cool modernity. Such ambiguity is also the charm of Sawako Kobayashi's world of art.